Share a memory
Obituary & Services
Tribute Wall
Read more about the life story of Beverly "Babe" and share your memories in the Tribute Book.

Beverly “Babe” Bayne Strand, age 90, of Munising, died on Thursday, November 17, 2022 at the Eastwood Nursing Home in Negaunee following a lengthy illness of Alzheimer’s dementia.  Bev was born on July 26, 1932 in Flint, Michigan, the youngest child of Orpheus and Lucille (Myers) Bovan.  When she was young, her mother died and the family moved to AuTrain to be closer to Gramma Doucette who helped raise her.  She graduated from Wm. G. Mather High School in 1950.  Babe married Henry “Hank” Strand on August 5, 1950 and together raised their four children.  They were married over thirty years when he preceded her in death on May 29, 1981.  Babe lived at Powell Lake and enjoyed her home.  She was a wonderful homemaker and instilled strong values in each of her children.  Babe was an incredible seamstress and made many of her own clothes.  She could also knit and enjoyed arts and crafts.  Babe married Carl “Corky” Strand on May 11, 1984.  They enjoyed golfing together and were members of Eden Lutheran Church.  Corky preceded her in death on December 16, 2013.

Services will be held at a later date.

To send flowers to the family or plant a tree in memory of Beverly "Babe" Bayne (Bovan) Strand, please visit our floral store. 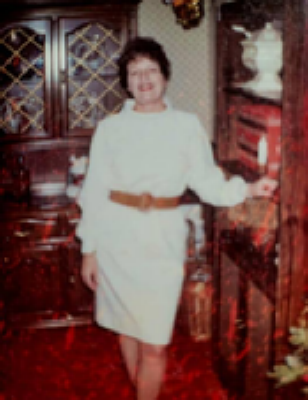 
Family and friends are coming together online to create a special keepsake. Every memory left on the online obituary will be automatically included in the book.

You can still show your support by sending flowers directly to the family, or by planting a memorial tree in the memory of Beverly "Babe" Bayne (Bovan) Strand
© 2022 Bowerman Funeral Home, Inc.. All Rights Reserved. Funeral Home website by CFS & TA | Terms of Use | Privacy Policy | Accessibility