Share a memory
Obituary & Services
Tribute Wall
Read more about the life story of Brian and share your memory.

Brian Andrew Wright, age 43, of Rumely, died unexpectedly at his home following a brief illness on Saturday evening, December 31, 2022.  He was born on October 3, 1979 in Midland, Michigan to Gary and Diane (Cable) Wright.  Brian grew up in Midland and worked in numerous restaurants in lower Michigan.  He was an excellent cook and respected by his employers for his talents.  Brian then worked construction across the country building storage units.  He worked in the HVAC industry with his father and earned his EPA certification.  When Gary moved to the Upper Peninsula, Brian moved and continued to work with him.  His dog Ben was his absolute best buddy.  Brian loved dogs and raised cocker spaniels that went to work in various assistance programs.  He loved to cook, listen to music, and read.  Brian was also a huge Star Wars fan.

He is survived by his son – Jonathon (Rune Cuthrell) Wright of Chatham; father and stepmom - Gary and Cindy Wright of Chatham; sister – Wendy (Tim) Barth of Royal Oak; brother – Troy Wright of Bay City; stepsister – Jackie (Kelly) Reynolds of Shepherd; his girlfriend Katie Whitehead and her daughter Makayla; and numerous nieces and nephews.  Brian was preceded in death by his mother Diane Thomas.

To send flowers to the family or plant a tree in memory of Brian Andrew Wright, please visit our floral store. 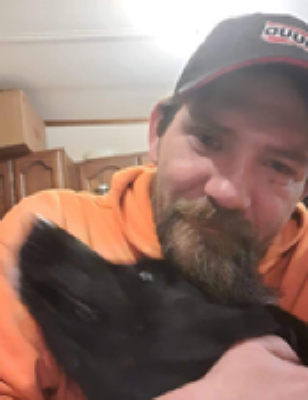