Share a memory
Obituary & Services
Tribute Wall
Read more about the life story of Patricia and share your memory.

Patricia “Pat” Ann Cromell, age 91, of Munising, died Thursday, January, 19, 2023 at Medilodge of Munising.  She was born on June 18, 1931 in Sagola, Michigan to the late Joseph and Genevieve (Gomney) Perry.  Pat grew up in Munising and was crowned Miss Alger County in 1946.  She graduated from Wm. G. Mather in 1949, and she was noted in her Torch as “A rare combination of brilliance and beauty.”  Pat married James L. Cromell in June of 1949 and together they raised their three sons.  She was a loving mother and Den Mother for her boys and many others scouts in Munising.  As the boys grew up, she followed them through their Mustang sporting careers, and continued to enjoy and support the Orange and Black.  Pat had an extensive work history in the service industry working at Chudacoff’s Clothing Store, Potters Restaurant, Munising Flower Shop for Dick and Peg McLaughlin and broke in several other owners including the Kouris, Sharkeys, Paquettes, and Putvins. Pat started her career at Munising Memorial Hospital in 1981.  She greeted everyone with her caring voice on the phone and a comforting smile when you walked into the hospital.   She retired, then went back to work at the hospital, and officially “re- retired” in 2015 as a wonderful ambassador and smiling face of Munising Memorial Hospital.  Pat enjoyed BINGO nights, trips to the casino, and spending time with her many wonderful friends.  Many pots of coffee were finished, and stories shared while putting pin-curls in her friends and relatives’ hair.  Pat was a faithful member of Sacred Heart Church.  Whether you ran into Pat at the hospital, church, or just around town, you always knew that she would be wearing her iconic red lipstick.

Graveside services for Pat will be held at the Maple Grove Cemetery in the spring.  In lieu of flowers, memorials in Pat’s name are requested to be made to the Medilodge Activity Fund, Sacred Heart Church, or a charity of one’s choice.

To send flowers to the family or plant a tree in memory of Patricia Ann (Perry) Cromell, please visit our floral store. 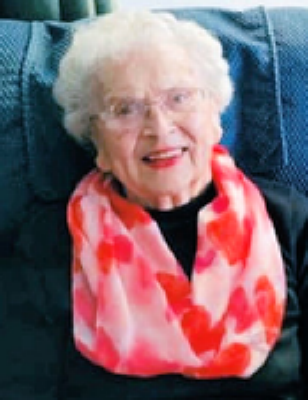 You can still show your support by sending flowers directly to the family, or by planting a memorial tree in the memory of Patricia Ann (Perry) Cromell