Share a memory
Obituary & Services
Tribute Wall
Read more about the life story of Richard "Rick" and share your memory.

Richard “Rick” W. Nikunen, age 81, of Wetmore died early Tuesday, January 10, 2023 at D.J. Jacobetti Home for Veterans in Marquette, Michigan.  He was born on July 2, 1941 in Nahma, Michigan to the late William and Elizabeth (Saccator) Nikunen.  Rick served in the U.S. Army from 1964 until 1966 and was honorably discharged as an SP4 (T).  Rick drove a semitruck for a number of years, and on the weekends, he would bring the truck home and pay the neighborhood kids to wash it.  He then worked as a school bus driver and custodian at the Hannahville School and in Munising.  He later worked at the Christmas Kewadin Casino in maintenance, drove bus, and chauffeured community members to appointments.  He was a proud member of the Sault Ste. Marie Chippewa Tribe.  In his younger years, Rick enjoyed boxing.  Rick married Charlotte (Paulson) Johns on May 17, 1993.  Rick and Char shared their love of music, he would play the guitar and she would sing.  Rick loved country music, the twangier the better.  He would watch recordings from the Grand Ole Opry and was like a kid in a candy store the time he visited the country music museums in Nashville.  Rick enjoyed playing his guitar with friends, shooting pool, fishing, watching boxing, and following grandkids sporting events.  Rick was a tinkerer and never threw anything away because he figured he could fix it or use it to fix something else.  He looked forward to days when the kids and grandchildren would visit he and Char, the more the merrier.

A private family service will take place at a later date.  Rick will be buried with Char at the Garfield Township Cemetery in Naubinway.

To send flowers to the family or plant a tree in memory of Richard "Rick" W. Nikunen, please visit our floral store. 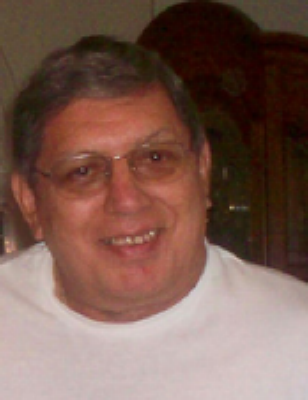 You can still show your support by sending flowers directly to the family, or by planting a memorial tree in the memory of Richard "Rick" W. Nikunen
SHARE OBITUARY
© 2023 Bowerman Funeral Home, Inc.. All Rights Reserved. Funeral Home website by CFS & TA | Terms of Use | Privacy Policy | Accessibility