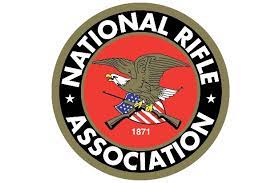 Warren Charles Dwight, age 69, of Munising, Michigan died at UP Health System Marquette early Monday morning, March 15, 2021 following compounded complications of a lengthy illness.  He was born on February 2, 1952 in Tupper Lake, New York to the late Rolland “Bud” and Jane (Gonyea) Dwight.  Warren grew up in New York and graduated from Tupper Lake High School in 1970.  He earned mathematic accolades during high school and later attended a two-year forestry program in New York.  In 1969, Warren was certified as a distinguished expert sharpshooter through the National Rifle Association.  He competed in many national competitions and was a lifelong member of the NRA.  Warren came to the U.P. at the age of twenty-four and went to work in the woods.  Warren had married Jacqueline Ostrander and together they had a daughter, Melissa.  He later married Patty Belfry and they had daughters, Courtney and Kayla.  Warren was immensely proud of his girls.  He retired as a Sergeant with the Michigan Department of Corrections after twenty-one years of service in November of 2009.  Implied by Warren and according to his daughters, he was the best hunter in town.  Warren had a love and passion for the outdoors and enjoyed every moment of being in nature.  He was a great judge of character, was witty with one liners, and possessed a dry sense of humor that you could not help but like.  Those are all traits, he passed on to his girls.  Warren was very knowledgeable about many subjects, but he was also a wise man.  He was filled with and willing to share his life stories and experiences, as long as you had all day to listen.  Warren will be greatly missed, but rest be assured he is at peace.

No public services will be held and Warren will be buried on the family lot at St. Alphonsus Cemetery in Tupper Lake, New York.

To plant a tree in memory of Warren C. Dwight, please click here.