Share a memory
Obituary & Services
Tribute Wall
Read more about the life story of William "Bill" and share your memory.

William E. “Bill” Niemi, age 79, of Munising, died Sunday, January 1, 2023 at Harbour View Assisted Living.  He was born April 23, 1943 in Hancock, Michigan to the late William I. and Nathalia I. (Nyholm) Niemi.  Bill grew up in Sundell, Michigan and graduated Eben High School in 1961.  He served four years in the United States Air Force and was stationed in Okinawa, Japan.  Bill earned an engineering degree and began working for IBM in Chicago as a Field Engineer.  Bill married Mary Riles, in 1968 in Austin, Minnesota. He retired from IBM in 1974 to open a Ski-Doo /John Deere dealership in Amery, Wisconsin. Bill then returned to computer engineering and worked for Hitachi for 33 years until his retirement. Bill and Mary lived in Amery for 30 years until her death in 2004.  Bill moved back to the Upper Peninsula to live on Powell Lake and then in Shingleton.  It was there he met Sharon Besaw, and they were married on October 28, 2018.  Bill and Sharon lived in Shingleton and enjoyed traveling to their home in Zephyr Hills, Florida until her death in early 2022.  Bill had a passion for fishing, golfing, astronomy, flying, and HAM radios call sign KD8UGU.  Over the years Bill taught many classes on HAM radio certification.  Bill traveled the whole world for his job with Hitachi and also spoke fluent Japanese.  After his wife Sharon passed, Bill lived his last year at Harbour View Assisted Living in Munising.

The Niemi family would like to thank the staff of Harbour View and the people at Northwoods Home Nursing for their excellent care of Bill during this past year.

He will be sorely missed by his brothers, many nieces, nephews, and the rest his extended family members across Wisconsin, Michigan, and Minnesota.

A memorial gathering is being planned for a later date.

To send flowers to the family or plant a tree in memory of William "Bill" Niemi, please visit our floral store. 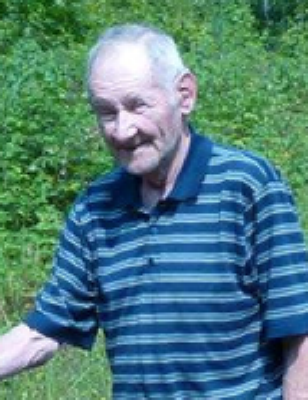 You can still show your support by sending flowers directly to the family, or by planting a memorial tree in the memory of William "Bill" Niemi
SHARE OBITUARY
© 2023 Bowerman Funeral Home, Inc.. All Rights Reserved. Funeral Home website by CFS & TA | Terms of Use | Privacy Policy | Accessibility